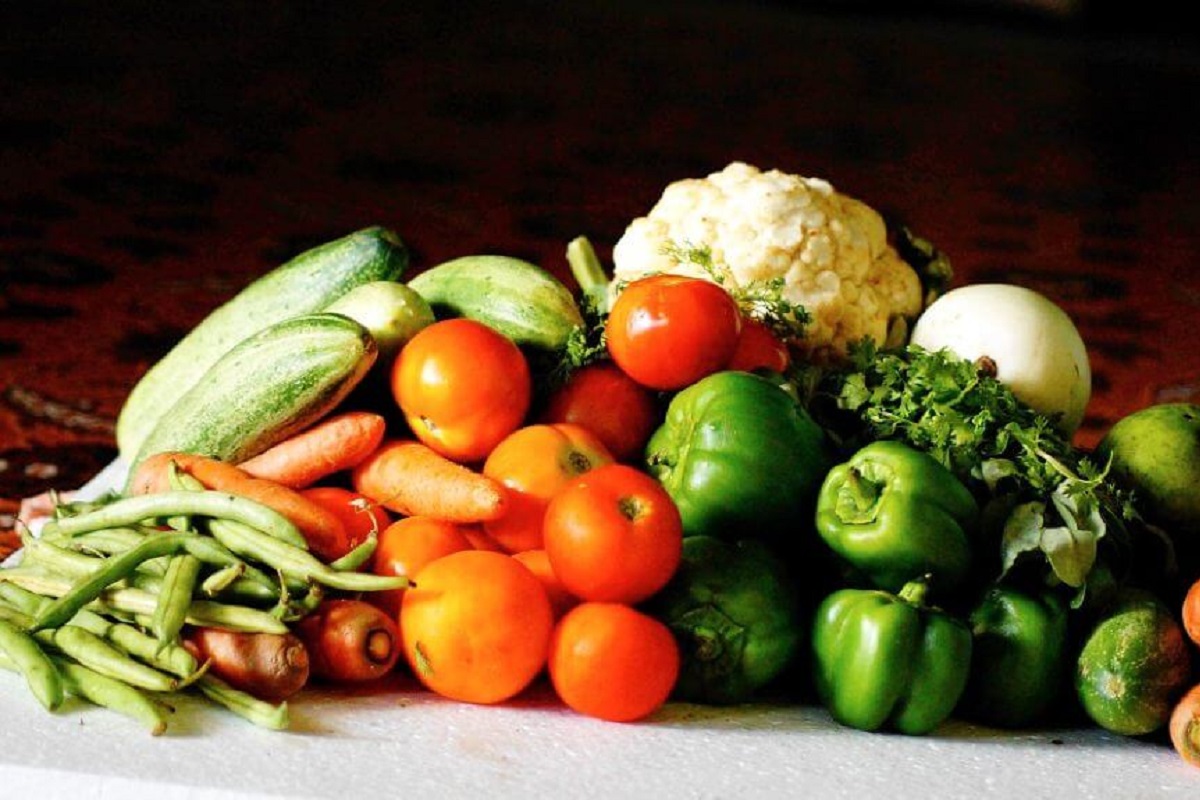 Japan is located on a tectonic plate junction, which is responsible for the many earthquakes but also gives rise to fertile soil.  Japan is composed of over 60% mountainous areas, over 10% hilly areas, around 11% plateaus and the remainder is low ground.  As so much of the country is mountainous, this leaves little room for agriculture.  Making the most of the arable land has been achieved through creating very small plots for growing vegetables along with other crops.  There are many crops in Japan that are grown all year round; and these include rice, sugar beets, fruits and vegetables.  Some are grown seasonally, including potatoes, Japanese sweet potatoes, carrots and radishes.  Crops like sugarcane are also specially grown in places such as Okinawa and Kagoshima prefectures.

Firstly in order to buy non-GMO and organic vegetables in Japan, then you need to know what to ask for!  In Japanese, the term for organic is 「有機」which is pronounced yuuki.  Organic farming in Japan is a relatively new concept.  Until recently, there was no formal body for organic food or organic agriculture.  However, in the year 2000, the Japan Agricultural Standards, or JAS were put into legislation.  According to JAS, the definition of “organic”, is produce that has been grown on land that has not had contact with any chemicals for a minimum of three years.  As the amount of arable land in Japan is quite scarce, along with restrictions due to weather, organic farming is still a niche form of agriculture.  Due to these reasons, organic produce is generally around 20-30% more expensive, but can even go as high as double the price of conventionally grown, non-organic vegetables.  However, thanks to the changing attitudes of consumers, organics are gaining in popularity and more organically farmed fruit and vegetables in Japan are hitting the produce aisle.  There is a fair selection of organic produce grown in Japan.  Non-GMO and organic vegetables in Japan include:

In Japan, perfection is highly regarded and this extends to produce.  In order to farm vegetables that are pleasing to the eye, pesticides are often used.  Clothianidin is a neo-nicotinoid pesticide that is heavily used on spinach in Japan.  Its detrimental effects not only impact the environment, but humans as well.  In 2015, the Ministry of Labour, Health and Welfare (MLHW) in Japan relaxed the regulations of use for food residues such as those left behind by pesticides.  Neo-nicotinoids are designed to shut down the nervous system and kill insects.  Human studies are not available, but there is a chance that pesticides such as Clothianidin can also damage the human nervous system, resulting in developmental disorders such as ADHD, and autism.  Residues remain long after it has been initially sprayed so it is not considered an eco-friendly pesticide.  Its use is also regulated because of the heightened and sustained toxicity.  Neuro-active insecticides have been known to cause colony collapse disorder (CCD) in bees, along with other environmentally destructive side affects.

Nitrates are another pesticide often used in Japan. The residue from nitrates and fertilizers are high on vegetables in Japan. The adverse effect of nitrate nitrogen on the body are severe, affecting the hemoglobin in blood, which results in oxygen deficiency and could lead to death.  It can also have a carcinogenic effect and exacerbate or cause diabetes.  The nitrate nitrogen level present in Japanese grown conventional vegetables is considered toxic and unsafe for export to many countries.

Pre-cut vegetables in Japan need to be treated and sterilized properly to ensure a longer shelf life.  Sodium hypochlorite or NaCIO is often used both as a PH-adjuster and a sterilizing solution, the allowed limit of which is 100mg/L or 200mg/L.  Considering 1mg/L is the acceptable chlorine concentration allowed in tap water, this information is highly disturbing.  Oftentimes, sodium hypochlorite is left off the ingredient list completely as the vegetable products are rinsed in water after being sprayed with NaCIO solution.  If heated over 60 degrees celsius, sodium hypochlorite chemically changes into sodium chloride, which is salt.  So the toxicity level may be reduced on cooking, but what if you eat these pre-cut vegetables raw? There is a very real chance that some NaCIO residue could remain.

Chlorous acid water is another sterilizer used on Japanese vegetables, excluding mushrooms.  It has been regulated at 0.40g/kg as a dipping solution or spray and must be removed during the preparation process.  Similar to chlorous acid water, a one to one solution of hydroxyethylidene and disulphonic acid is another spray that is used to sterilize the surface of vegetables.  This solution is limited to 0.0048g/kg.  The sterilizer peracetic acid in the form of a dipping solution or spray are limited to 0.080g/kg.

These approved GMO crops mainly consist of plants that are used for grain and oil such as:

One of the 449 additives that are allowed by the MLHW, polyvinyl acetate is used on the outer skin or rind of vegetables as a film-forming agent.

With this new knowledge about vegetables in Japan now at your disposal, you’re probably heavily considering certified natural, if not organic vegetables.  Sugarlady is the leading purveyor of natural food, supplements and products in Japan, and have been doing so since 1970.

Sugarlady is committed to providing customers with vegetable products grown only with natural methods both domestically and around the world, in places like:

Sugarlady is proud to say that no pesticides, chemicals, or artificial fertilizers are used during the growing process.  Sugarlady vegetables also contain no trace of the 449 additives that are currently allowed in food in Japan.  All Sugarlady vegetables are planted in optimum conditions, tended to by caring farmers, handpicked seasonally then flash frozen to preserve premium flavor, color and freshness.  Within the Sugarlady line, there is a wide range of vegetable medleys that come in a microwave safe steamer bag, making preparation and cooking a breeze. You can also find frozen spices such as freshly grated real wasabi and ginger.  These spices will add flavor and authenticity to all your cooking.  Sugarlady also has an organic vegetable line, including asparagus, cut green onions, Blue Lake green beans, taro, peas, corn, okra, grated burdock root (gobo), cauliflower, romanesco and an array of other mixed vegetables.  The entire range of Sugarlady vegetable products go through a strict 7 stage quality control process for safety to ensure you only feed your family the highest quality vegetables with the freshest flavor.  Along with the more than 500 additional natural products, all of the Sugarlady vegetables are available on the HealthyTokyo shop so you can ‘eat the rainbow’.

Get Daily Updates Form Us
My Daily Shop | Best Halal Shop in Japan © 2020. All rights reserved | Developed By NZ Tech